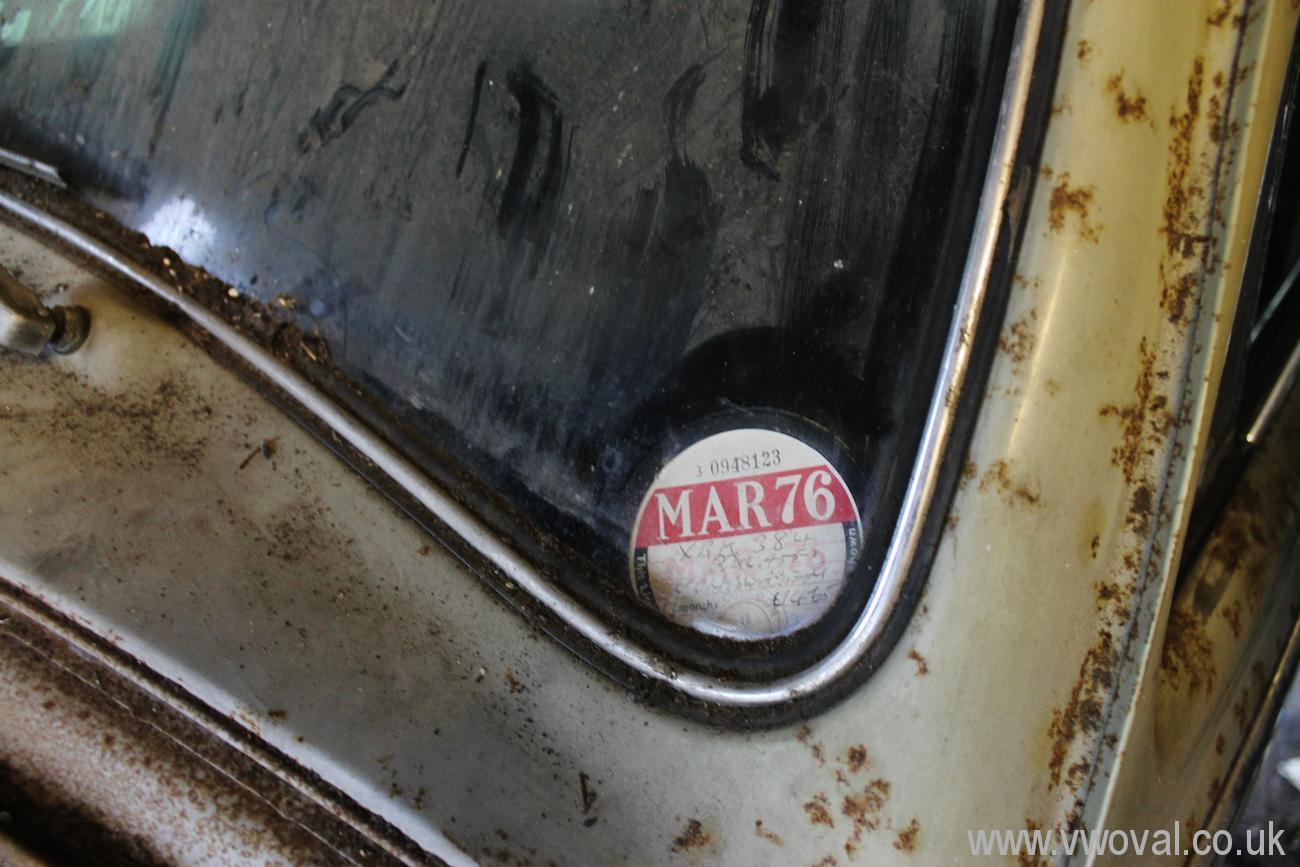 I have purchased it to squirrel it away so I can rebuild it back to stock in a few years time...

Here are a couple of photos from March 5th 2013 when I had a chance to have a little look.

The car appears to be quite solid, only needing rear body mounts and the rear bumper mounts need straightening too (there is probably more!).

It has no engine or gearbox fitted...

Who would know that this door had hidden this little bug for 37 years?

Vera - Where she has been for a long rest..

I found a trolley and a Bay wheel made a good replacement for rear wheels..

Out in Daylight for the first time.

Packed and ready to go...

The weather has been great since getting Vera home... I bet the snow is a shock to the system!

27th March 2013. Vera has been waiting for some attention.

Today I had a quick tidy up. Bolted the bonnet and wings on for safe keeping. The fibreglass wings from Day Mouldings have been sitting for so many years that they have lost their shape and gone "flat" .. I'm hoping that hanging them will allow them to re form their original shape.

I've given her a wash too.

Just need to go through the parts and work out my "wanted" list...

Some photos of her with Day mouldings wings hung loosely. Notice the lack of Horn Grills - standard model wings?

There is a bit of rust above both jacking points and on the wing mounting on the rear near side...

Floorpan, Under bonnet and engine bay all look fairly good. There is a thick hard coating of under seal on everything that needs removing to get a good look at it..

The engine has been sitting in a shed for the last 37 years and is seized, but appears to be the original, it was a runner when taken out for a gearbox change...

2 tone wheels - and a shot to show the original wheels had black rears..

Ah, I recognise that Brazing! - shame about the burnt headlining.

Last time it was on the road..

The car came with these later seats. Andrew told me that as a teenage boy he had the job of putting the car in the garage. the seats pinched his legs, so as a 1970s upgrade, they put in later seats, as you would to modernise the car....  obviously many years later I want to put it back to original style seats..

I went to the VW Sweetcorn 2013 show and picked up a nice rear light housing from Gunter for the car..